The 21st century is a historic energy revolution by the way. Clean and buy get the energy available to meet the power of attainment. This is the power of solar energy the heart of revolution. That's why energy manufacturing and investment in the world. The team consisting of main players, Terrawatt

The 21st century is undergoing an historic energy revolution. Solar is at the heart of this
revolution because of its ability to bring clean and affordable energy to all. This is why
a group of energy, industry and finance global leaders decided to launch the Terrawatt
Initiative (“TWI”) - the first private non-profit organization whose goal is to provide the
necessary conditions to unleash the full potential of solar power around the globe. 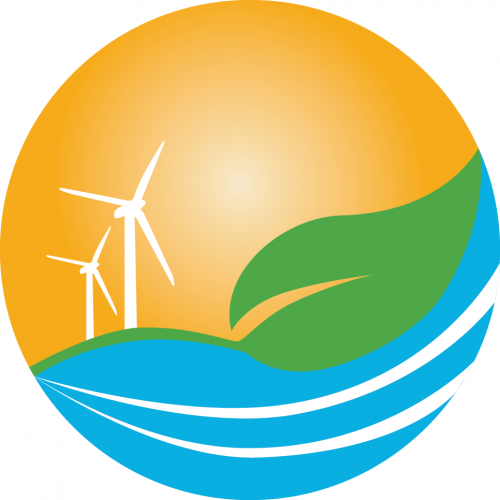 The Paris Agreement will come into force on November 4th 2016, less than a year after being reached – much faster than expected. Now the focus is to find ways and means to contain global warming ‘well below’ 2 de- grees Celsius over pre-industrial levels. This agreement is a major trust factor for the transition to a sustainable energy future.  It is expected to foster a virtuous circle of policy support for renewable power gene- ration along with large-scale deployment, substantial cost reductions and technologi- cal improvements. I believe that especially for emerging countries, such a development of renewable generation could be an unpre- cedented opportunity.

While COP21’s ambitions clearly called for a reduction in global greenhouse gas emis- sions, almost 20 per cent of the world’s population still lacks access to electricity. Any village and community with high solar exposure should no longer be in the dark. Ensuring access to affordable and clean energy makes up the seventh Sustainable Development Goal (“SDG”) adopted by wor- ld leaders in September 2015. I believe that education, social emancipation and gender equality cannot all be addressed without massive increases in energy supply in developing and emerging countries. It is our responsibility not to leave aside those who are deprived of energy today and who are largely the most vulnerable to climate change.

Achieving the 16 other SDGs depends heavily on the implementation of the se- venth SDG, because economic growth and access to low carbon energy are closely intertwined.

Reaching mitigation targets will require a massive replacement of existing capacity by solar power. And reaching the adaptation objective will require affordable power de- ployment, starting with the countries of the International Solar Alliance.

A 2.5 TW deployment (ca. 800 MW/  day)  is needed to meet both the COP21’s green- house gas emissions objectives and the UN’s energy access goals and adaptation issues. This is one of the most challenging industrial and financial challenge of all times.

How to rise to this absolutely massive challenge? Renewables can only replace fossil fuel generation if they are more competitive and on a level playing field. At US$30/MWh solar production energy, we are convinced that these objectives can be achieved. Today, US$30/MWh solar power is already a reality, making solar power the most competitive source of globally de- ployable electricity.

The solar industry has now reached a cri- tical size and maturity, allowing major im- provements in the development & financing process. While for most other technologies the cost of electricity production depends on three main parameters: the investment cost, the cost of capital and the cost of fuel solar, like most other renewables, is only determined by the first two. With no fuel required, the costs are essentially concen- trated at the beginning of a project. And as solar photovoltaic technology is very capital intensive, the cost of capital has a considerable influence on the cost of so- lar-powered electricity.

TWI has largely contributed to the launch, on 30 November 2015 at COP 21, of the International Solar Alliance (ISA) by Prime Minister of India, Narendra Modi and President of France, François Hollande, in the presence of Banh Ki Moon.

TWI has co-organized a conference on the financial objectives of the ISA with Indian employers’  association  CII  in  NYC  on  the 22nd April 2016, in parallel of the signa- ture ceremony of the Paris Agreement at the United Nations Head Office and has supported also the launch by the ISA of its working program – the “Affordable Finance at Scale” (AFS)

All countries enjoying sufficient solar re- sources should benefit from a comparable level of price, making the choice of solar energy a rational decision everywhere. Yet this has not been the case, because of two main reasons. On the one hand, systemic constraints arising from inefficient regula- tions and market practices negatively affect the cost drivers. On the other hand, the lack of adapted mitigation tools on macro-eco- nomic risks prevent most of the countries from accessing the deep pockets of affor- dable private capital.

Solar power generation is no longer a tech- nology issue but a financial and legal one, which makes it inherently solvable – should everyone join forces together to tackle it.

COP 22 should clearly set as its number 1 priority the goal to reach a ‘new equilibrium below US$30/MWh’ everywhere by mobili- zing private finance, in order to reduce the cost of solar power as fast as possible in as many economies as possible.

To that end, all necessary steps should be taken to streamline capital expenditure and reduce the cost of capital through simple and efficient levelized cost of energy (LCOE) driven by local regulations, simpli- fication and adaptation of market contrac- tual practices and management of residual macro-economic risks.

Since its foundation in November 2015, a great deal has been achieved by TWI.

TWI is now a partner of the ISA and is in- vited on a regular basis to speak on official occasions and contribute to ISA’s works. It will participate to the organization of the first Global RE-Invest, the major gathering event for governments, developers and fi- nanciers in the emerging and developing solar and wind power markets in February 2017 in India. TWI plans to host the second Global RE-Invest in Paris in 2018.

Finally, TWI is co-organizing with CGEM and MEDEF (the Moroccan and French employers’   associations),   the   only   side- event of COP 22, fully dedicated to affor- dable solar power - “solar@cop”, on the 15 November 2016 in Marrakesh. Solar@cop will bring together high level public and private stakeholders in the heart of COP 22 to convey the message that affordable so- lar power for all is inevitable, desirable and achievable, with a focus on Africa and will, in a contribution paper, gather concrete pro- posals to reach this goal.

This work clearly needs to be continued and even accelerated.

Affordable solar power for all will be a major game changer in the world. It is the primary duty of governments and private sector to make it possible. But it is also the concern of everyone – all citizens, commu- nities and civil societies around the globe.

This is why Terrawatt Initiative will soon gather globally, high level international personalities to inform the public of the

Having initiated, with other global leaders such dialogue provides a great opportunity for all members of TWI to be at the core of this Energy Revolution the global energy sector is directly experiencing. It provides us more insights, better understanding of the world and global industry environment, as well as amazing connections with people that are also part of this energy revolution. It helps us a lot to not only be well informed but also make consistent strategic decisions and tactical moves in this new and fast evol- ving field.

Bringing light and power to all homes of the world is probably the greatest mission that anyone in the energy sector can dream of. It is one of the main “mission of public ser- vice”, of the 21st century for which we will collectively mobilize our intelligence, crea- tivity, ambition, passion, ethics and above all optimism.

Providing access to affordable, reliable, sus- tainable and modern energy for all, is all within our hands to grasp. With TWI we are all part of this fabulous adventure.